The Neuroscience Behind Building Relationships 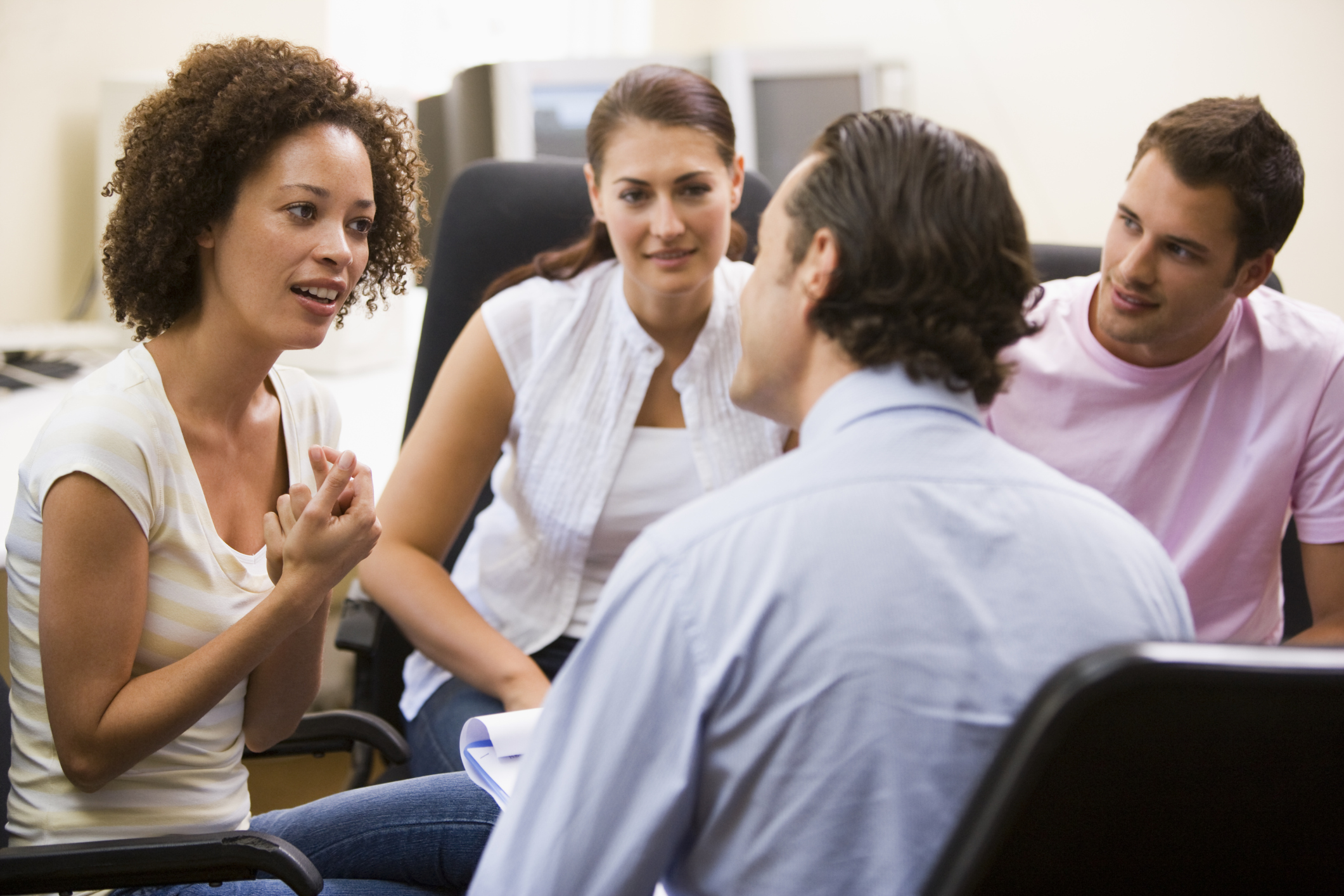 Ever walked into a room for a networking event and looked for someone you know? I have. When I don’t see someone I immediately recognize, I start to look for someone who looks friendly or approachable. When I do see someone I know, I watch his or her face to see if I can drop in on the conversation. Often my look will catch that person’s attention, and we start talking. We’re social beings, and we constantly carry on neural conversations with one another even before we open our mouths.

Certain neurons in the brain are believed to make up the neurological underpinnings of imitation, emulation and empathy. Located in the brain’s social system, motor command neurons fire when we reach out to pick something up. A subset of these neurons, roughly 20 percent, also fire simply when we watch someone perform the same task. Isn’t that amazing? According to V.S. Ramachandran, Ph.D., of The University of California at San Diego, the mirror neuron is different from the motor command neuron because when it fires we’re actually adopting another point of view. Dr. Ramachandran believes that the mirror neuron is also the foundation for culture and how we’ve learned and grown over the millennia. For example, animals learn to adapt fur coats over thousands of generations to adjust to the climate. However, a child could watch his parent kill an animal and make a fur coat and learn that skill in that moment in time. The abilities to imitate, emulate and identify make our culture Lamarckian–the philosophy that an organism can pass on characteristics that have been acquired during its lifetime to its offspring.

Think about the organizations we work for. They’re also Lamarckian in nature. Learning spreads horizontally across the organization as well as vertically through legacy initiatives. Organizational culture is a living system that organizes people, adopts beliefs and creates behavioral structures we all follow. We choose the organizations we work for because the culture feels familiar to us. It might be subconscious, but psychologically speaking, we’re attracted to behavior that we understand. Within these structures we tend to copy and identify with our leaders because of a natural desire to please and belong.

Last month I wrote about Jack, the c-suite executive who wanted to affect change across his organization. He is one of the rare executives I’ve worked with who isn’t afraid of change. He’s more concerned about his people as they navigate the change process to adopt better patterns of behavior. He wants to ensure that they’ll be well taken care of as they move toward the nimble organizational culture he envisions. He believes this will help his team better respond to a fast changing economy. Before he starts though, he needs Peter, the CEO, on his side and for people around them to see that Peter supports this change initiative. This is why the relationship between Peter and Jack is so important. Building relationships is the genesis point for creating change. In today’s culture we can’t make strides without working well with other people, thus the quality of our professional relationships is essential. Understanding the neuroscience behind them helps build awareness of our behavior.

Let’s take a deeper look at Peter, the CEO. He’s youthful, smart, logical and very focused on building a sustainable business that will deliver positive returns in the long term. He believes he’s redefining his company in the marketplace. The press agrees and has been hot on his tail for the past six months. His senior team consists of ten executives, of which Jack is one. Jack stands out as a front-runner to eventually replace Peter. Jack knows this and has worked hard to put himself in positions so he can learn directly from Peter. Peter has reciprocated to Jack.

Peter is considered a people person, although Jack is more talented at understanding people’s points of view and working them into decisions. This has worked to Jack’s advantage as he built rapport with the senior team and his division. He’s described as a divergent thinker who looks for out-of-the-box solutions to problems. The senior team values, respects and trusts Jack. Some try to emulate his style. Traditionally, Peter and Jack have enjoyed a solid, positive relationship.

However, little issues were cropping up and the senior team was starting to notice differences in how they communicated. For example, in good times, Peter may have had an idea and Jack would pick up on it and tweak it to their business needs. Now the conversations go nowhere. Or Peter would start to grill Jack on decisions he’s made rather than trusting, as he had before, that Jack knew what he was doing.

Both men were under emotional stress because Jack’s division was lagging in sales in several key markets. Jack and his team had tried everything to no avail. He hates having to package the message and Peter doesn’t like to do it either. They were both stressed over the same issues and each one wanted to be right. Instead of keeping the problems behind closed doors, word was spreading that Peter and Jack were in trouble. If they didn’t turn their relationship around, it would inhibit progress because it would affect others’ ability to focus on their work. These two men hold leadership roles in the organization. If they’re arguing, the focus will be on them rather than important market trends that are affecting the health and outcome of their business.

My solution was to teach them both something simple about their brains to help them understand why relationships are so important to their business. In Peter’s case, I talked with him about the neuroscience behind building relationships, how we’re constantly reading one another and how the quality of our relationships teaches everyone around us how to imitate, emulate and empathize. Peter changed the course of his relationship with Jack in one instant. He went to Jack’s office and asked him what he needed. He didn’t talk behind a closed door, and others heard what was said and saw the two men smile. This not only relaxed Jack and his team, it put the men back on track in their relationship.

This engagement was one of the most satisfying ones I’ve ever experienced because both Peter and Jack have open mindsets and were willing to take a chance to change their culture in order to turn their business around. It’s working, and I look forward to reporting back in with an update. And remember, the Emergenetics Profile is an excellent resource to use to build rapport among teams. It gives people a framework for understanding their personal behavioral styles and behavior tendencies. Knowing these things can go a long way in helping folks develop best practices for building relationships in the workplace.