How To Use Neuroscience to Develop Successful Leadership Styles 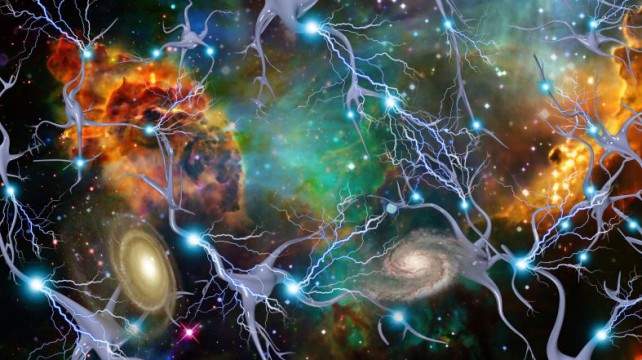 Leaders can enhance their ideal leadership styles by becoming more perceptive of the brain’s thought process and, as a result, better able to regulate it. Read about one leader below who could have benefited from this:

Isabelle sits in her office. She’s writing a report that’s due in 30 minutes. She watches the minutes tick by on her computer’s clock. The phone rings. Bob wants to crunch the quarterly numbers with her. His needs aren’t as pressing as her deadline, but this deserves her full attention. Bob launches in and promises to only take five minutes. She’s already put him off a few times, so she acquiesces. Just then, an email from her boss arrives, and she opens it. “Wait, what did you say, Bob?” As he repeats his explanation, Isabelle skims the email to assess if it’s relevant to her upcoming deadline – the one in 17 minutes that will affect her spending power next quarter.

She hangs up feeling slightly uneasy because she missed some details in their conversation. It’s not the kind of leadership she promotes and, feeling guilty, she convinces herself to think about it later. Thirteen minutes to deadline. Isabelle’s shoulders and stomach are tense. She realizes that she has skipped lunch. The ideas aren’t flowing; in fact, they’re harder to access. Her work-life balance is askew; she often feels overwhelmed by juggling her job, family needs and children’s schedules. Her eyes land on a postcard her sister sent from Aruba. She’s so tired. Will she ever get to lie on the beach?

Back to the report. Her analysis is part of what she and her boss will use to predict advertising spending for the next quarter. She knows she can’t fudge this – her division is larger than most and important to the bottom line.

Suddenly, Isabelle hears laughter and smells freshly popped popcorn coming from the kitchen down the hall. Usually, she is flexible and will join the office staff if she can. She enjoys their company, but not today. She flies out of her chair and races down the hall. She slams the kitchen door shut without speaking to anyone and storms back to her office.

Five minutes left. Can she pound out this report?

One of my favorite neuroscientists, Evian Gordon, PhD (University of Sydney Medical School and founding director of the Brain Dynamic Center), has developed the largest fully standardized international database on the human brain. He describes a universal and dynamic four-part thought process we all use called the 1-2-4 model. It looks like this:

The brain has one overarching organizing principle – to assess whether we’re safe or threatened at any moment. Our brains are biased against negativity, which affects our perceptions of others and vice versa. Think about how Isabelle reacted to her situation. She was unable to thoughtfully respond because she didn’t exercise clear boundaries for herself and her relationship to her environment. Her rude response will now have potentially large ramifications because she lacked the ability to prioritize and simplify. Moreover, she might be making decisions that are inaccurate, potentially affecting the health of the company.

We process information in two ways: non-conscious and conscious. Our brains scan the environment every one-fifth of one second to pick up on cues. The brain reacts to these cues without our conscious awareness. In Isabelle’s case, she started her day in a state of overwhelm. This set into motion a type of processing that put the brain on high alert and thinking at a disadvantage. Concentration and focus are affected, which made Isabelle hyper aware of her environment rather than the task at hand. She needed to analyze, assess and extrapolate in her report but wasn’t able to in her current state of mind. Ideally, we want to be aware of our surroundings, but not a victim to them.

Finally, there are four parts to the thinking process: Emotion (non-conscious), feeling, thinking, and self-regulation (conscious). In Isabelle’s example, once she became a victim to her environment she temporarily lost the ability to regulate her responses to it. Isabelle isn’t alone. Leaders like her often stumble with the challenges of everyday life. I see many leaders try to make quick decisions without taking the time to reflect. This type of pattern has a snowball effect and results in forgetfulness, lapses in concentration and self-modulation–none of which fall under the kind of leadership styles anyone wants to put forward. It impacts decision-making and has a trickle-down effect on business and relationships. In order to self-regulate with accuracy, leaders must learn to slow down, prioritize and become adept at reading their environment.

Thoughts and behavior weave together like a tapestry to create a picture people experience of us. (And remember, the brain holds onto negative thoughts longer than positive ones.) Leaders need to understand how their thought process interacts with their behavioral choices to create unintended messages. In fact, I would argue that it’s most important to focus on behavior because it’s all one has to indicate intention. I advise leaders to give behavior language such as, “I’m overwhelmed and need to shut my door in order to meet a deadline.” Or, “You all know how I save deadlines until the last minute, which can make me look a little nuts…” These simple statements give others a window into their actions and help avoid potentially damaging feelings. The goal is to use clear communication to adaptively manage emotion, feeling and thinking so that the prefrontal cortex can step in and effectively regulate actions.

Brain awareness is both profound and subtle because it’s personal. The same is true for the Emergenetics Profile, which I use with individuals and teams on a regular basis. I’ve found that like the 1-2-4 model, it integrates the understanding of thought and behavior, opening its subject to the nature of perception. As you use the Profile, think about it from this perspective – What does the Profile reveal about your unique potential? Where could you give language to your behavior so that people better understand your motivations? And what are your desired leadership styles? When done right, leadership is a life-long learning process and Emergenetics is a foundational tool that helps people deepen that journey.

A thought leader in the emerging field of the neuroscience of leadership, Sophia founded Lexicon Leadership Group in 2012 to help individuals and organizations benefit from neuroscience-backed leadership development and innovation. Sophia’s coaching and training experience extends back over 14 years and is balanced by more than 12 years in international business, management and marketing. Academically, Sophia guest lectures at the University of Colorado’s Leeds School of Business, where she also mentors students. She’s on the board of Human Resources People and Strategy (HRPS) and is an associate fellow at Harvard Medical School’s Institute of Coaching.
Degrees: B.S. in French and English Civilization, University of Grenoble in Grenoble, France
M.S. in Professional Development, The Neuroscience of Leadership at Middlesex University in London, England (expected Winter 2015).