The Millennials’ Mission: Working and Living with Purpose 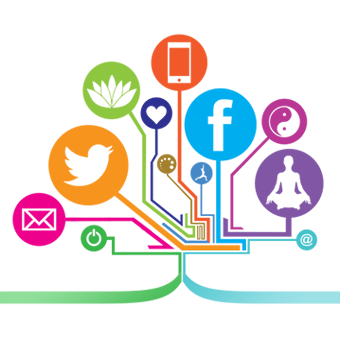 Last week, I attended an incredibly insightful and inspiring event to discuss Millennials in the workplace, our role in business today, and how we can positively affect the future. Wisdom 2.0 Next Generation was held at the NYU Skirball Center for the Performing Arts. What started out as a business and leadership event, quickly turned into something much bigger. I would have expected nothing less from 150 Millennials in one room.

The presenters, many of whom are Millennials themselves, spoke candidly about their successes and failures. What was most inspirational was that the speakers placed great value in their failures. They all shared how much they learned about themselves through those times of trial.

Two in particular spoke to me very clearly and powerfully.

Elle Luna: Living and Working with Purpose and Self-Awareness
Elle is an artist and a designer. She walked us through an endearing story of how she finally trusted herself and how that was the starting point for her journey. It boiled down to one thing- choosing ‘should’ or ‘must.’ She explained that for so long, she was doing what she ‘should’ be doing. Everyone telling her what to do and where to work, everyone telling her that she should be better at this or that. All of this came to a point where something bigger was calling Elle, and that something was what she ‘must’ be doing. She abandoned the path well traveled and began painting in a white warehouse room, the only way she knew how to answer what she ‘must’ be doing. These paintings ultimately led her to a very successful art career and now design career for IDEO.

Elle explained that before she started pursuing what she ‘must’ be doing, she felt that she was lacking a sense of purpose in her work and in her life. She also noted how important it was for her to listen to that calling she got from within herself. She gained a new sense of self-awareness that allowed her to actualize a greater version of herself.

Elle inspired the entire audience to always #choosemust and follow that thing that gives you a greater sense of purpose.

Adam “Smiley” Poswolsky on Employee Engagement
Adam is public speaker and best-selling author who guides Millennials to meaningful work—and he was at this conference doing just that. Adam spoke on the bigger subject of turning a quarter life crisis into a quarter life breakthrough. During this discussion, he focused on the importance of being engaged with what you are doing. And since what we are doing generally means work, he was really talking about employee engagement.

Adam began by noting that 70% of adults in the US are not engaged at work. That means there are tens of millions of people who go to the office dreading every minute of their day. Adam told us stories about how he knows this to be true, because he was firmly planted in that 70% just a few years ago working in Washington DC. I appreciated Adam’s honesty because he knew he wasn’t alone, and now he is out to try and solve this problem.

He proposed a question: What could we accomplish in this country if 100% of the workforce was engaged? That question hit me so hard. I thought about what gets done in organizations with high engagement (Zappos, Google and Emergenetics, too!) and thought about all of the productivity that is being thrown out the window due to lack of engagement.

Finally, I began putting Elle’s discussion together with Adam’s and saw that purpose was really the key factor in engagement at work or in life. Working for a sense of purpose is something deeper than a paycheck or a job title, two reasons why many people choose their jobs in the US to begin with. Which then explains why there is such a large disengagement among the workforce.