The Neuroscience of Communication: The Lens of Leadership 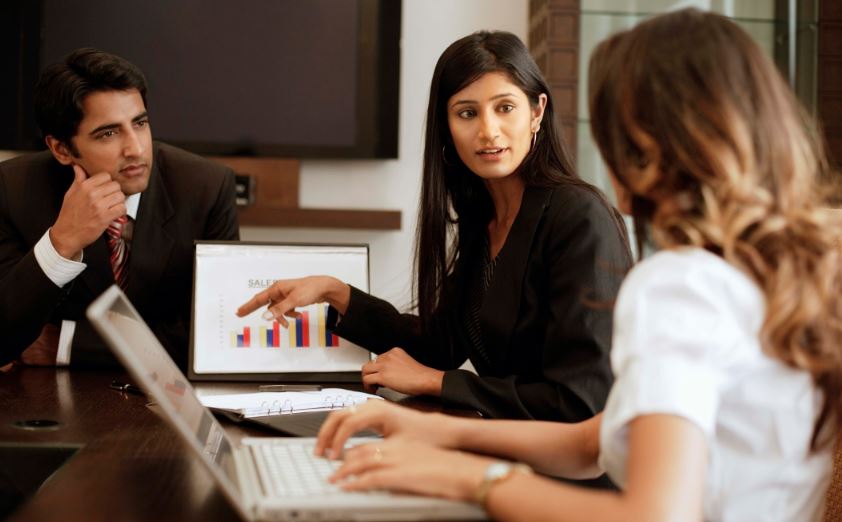 Whether we like it or not, people determine our effectiveness and competence in communication in less than one millisecond. After that, it’s all over. Moreover, when people are forming an opinion of us, verbal communication only accounts for 7% of what they remember. I don’t know about you, but this piques my interest. The truth is, we are watching behavior all the time and creating lasting impressions based on it.

Over my 15 years of coaching, I’ve consistently found that leaders are not adequately aware of how their behavior affects the people they lead. Additionally, many have a hard time understanding why they must adjust their approach in order to increase trust, rapport and effectiveness. To lay the foundation for change two tools have proven handy with leaders – the Emergenetics Profile for awareness and explaining the neuroscience of language.

Think about the three Emergenetics Profile behaviors: expressiveness, assertiveness and flexibility. For me, these behaviors represent the heart of the Profile, and are a critical tool when helping my clients understand how they appear to others. During coaching, I use the Emergenetics behaviors to explain how one’s action can create an unintended perception. For example, I coached a marketing executive in a large engineering firm. Sara was outgoing or silent depending on the situation. Her behavior perplexed her colleagues because she was either engaged or aloof. As a result, her trust factor decreased and uneasiness about her grew because people didn’t know who would show up.

By learning about her behavior, Sara realized that when she was responsible for a meeting or had a vested interest in an outcome, she would be outgoing, expressive and would drive to a conclusion. When she was a meeting participant and unfamiliar with the content, she was more withdrawn, pensive and flexible. I asked her to experiment with language communication. For example, she could lightly joke to colleagues about how she was more silent in some meetings, and explain that at times she needed to reflect before sharing. After a month, people reported feeling more relaxed around her. They said Sara was in a better mood. We were successfully able to shift people’s impressions and slowly she reduced the chasm of misunderstanding generated by her non-verbal behavior. As a result of her newly gained awareness and change in behavior, she was promoted to the c-suite.

We want our thoughts and words to match our actions so that we’re giving people an accurate picture of our intentions. This can be challenging, but it is possible when we have a framework from which to work.

Let’s take a step back and look at brain science to see how it might affect behavior. Communication is created through language, and we tend to take this ability for granted. Language makes us unique among all species. If we lose language, we lose our ability to interact with other human beings.

The rich field of the neuroscience of language identifies the neural signals deep in the brain that create the seeds for what we think of as language. However, that’s not the whole story. The way we learn language is deeply entwined with environmental experiences and culture. One elegant study by Boroditsky and Gaby (2010) illustrates this very clearly. People were asked to arrange a set of pictures depicting a temporal progression of events (i.e., a person at different ages). Western, English-speaking people (Americans) always arranged the cards from left to right, relationship to their body. However, Aboriginals from the Pormpuraaw tribe, arranged the pictures in absolute space, in relationship to the rise and set of the sun — east to west. They completed the task consistently this way even if they were positioned in different directions in the room.

This study illuminates what makes science sublime. It shows how language plays a causal role in how we think. First we learn language, then we position our language in context to our culture, and finally we think. In the case of the Aboriginals, they always knew their position directionally and then they could respond to the task. One could extrapolate from this that learning a new language is learning a new way of thinking. I would argue that when we work with a diverse workforce, we have the opportunity to learn how each person communicates in relationship to their background and to their specific organizational culture. I tell my clients it’s like learning many different variations on the same language.

Let’s look at another real-world scenario. Steve is a leader in a financial firm, and his division is floundering because he’s resistant to change. When he brought me in, he told me he was open to changing his communication style, but he consistently employs language indicating that he wants other people to change their approach first. He has more seniority and thinks others need to adapt to him.

I submit that it’s the other way around. The more senior a leader becomes, the more important it is for him to adapt to the communication styles of those working for him. The leader needs to actually demonstrate nimble communication. This motivates people and creates rapport because they feel heard and valued. I asked Steve to do two things: 1) Ask at least three questions of the people working for him to empower thought and decision making; and 2) Continually play back to folks what he hears. This helps everyone reflect on how they’ve communicated and ultimately creates better understanding.

It took nine long months, but he turned his attitude around and inspired his people. At the end of our engagement, he said he realized how difficult communication was, and he recognized that it was the tipping point for his career in the company. Today the division is a well-oiled machine and collectively they’ve increased revenue by 20% over the past year.

Knowing how to assimilate by understanding verbal and non-verbal communication is super important to leadership success. Therefore, leaders, never stop reflecting on the feedback people have given you about your behavior and watch people’s reactions to you. Ask yourself: Do your people trust you? Do your clients? Are you projecting one assimilated message? Ask your trusted advisors to observe your behavior and actively seek ways to become better navigators of your own personalities. Above all, keep your communication lenses highly polished to enhance success.