A 4 Step Neuroscience Based Process for Change 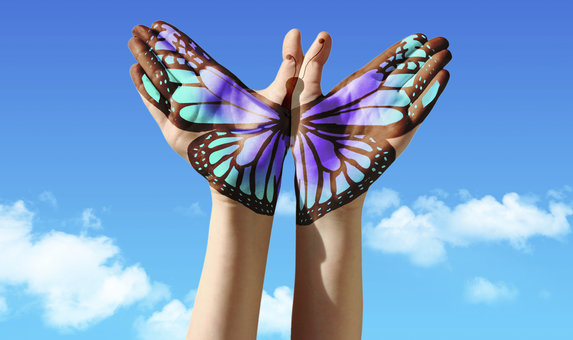 Everything feels fresh, new and possible in January, and this tends to be when many ponder their expectations for the upcoming year. Yet it’s well established that once we get back to our regular lives after the holiday indulgences, we forget what we wanted to achieve. The gym membership sits idle; the weight loss plan falls to the bottom of the list; the new approach to work-life balance is forgotten. Do we no longer want to improve our lives? Or do we have too much going on to focus on the change we want to create? Habits are hard to shift, even when doing so can be the difference between life and death. Studies show that only one in nine patients who have undergone coronary bypass surgery will actually adopt healthier day-to-day habits. They too settle back into the well-worn path of life even though they know it’s probably not in their best interests.

This is a story about change and the power of mental force. We all have the ability to harness it; the trick is knowing how. This month, we examine it from the individual perspective. We look at the neural connections that drive behavior and discuss a powerful 4-step approach to achieve change. Next month, I’ll address it from an organizational perspective. Companies across the globe are faced with the reality that behavior throughout their organizations must change in order to achieve ongoing success. We’ll discuss how leaders can lay the foundation of behavioral change for their people.

How do individuals handle change? I recently was privy to a fascinating conversation between a research fellow and his mentor. The two men sat face to face, one was in his late 20s and a post-doctoral researcher from MIT. Across from him was his mentor, a clean-cut, articulate professor who was trying hard to explain why the post-doc needed to change his approach with his colleagues. The researcher had been stroked for his brilliance – he knew more about the research topic than his colleagues. However, his ability to partner with the team wasn’t going well. He was failing because he wanted everything to go his way. The mentor was open, sitting forward and eager to prove his point, which he repeated more than once: “If you don’t change your chances for tenure will greatly diminish because your reputation will precede you. You will be seen as a hard person to work with.” The post-doc was obviously skeptical – legs and arms crossed, furrowed brow, and argued logically. He was clearly uncomfortable as the mentor charted his soft skills on an x/y axis.

Here’s the problem: change is painful. This is because of the interplay between working memory and focused attention. Working memory is considered a holding area where new information can be compared to known information already stored in the brain. To perform a rational comparison of new to old, the brain engages the prefrontal cortex — the brain’s center for rational thinking — which is energy-intensive and can only hold a limited amount of information at a time. It fatigues easily. The brain is also wired to recognize environmental errors – perceived differences between an expected outcome and the actual outcome. When the brain perceives a contradiction, intense neural firing takes place in an area of the brain connected to the fear center. This, in turn, engages the fear circuitry of the brain and can start an anger or fear response that is highly counterproductive to any change process.

Let’s go back to the MIT researcher. He received information that directly contradicted evaluations of his prior success. Until now, he’d been lauded for his academic achievements. Now he was being evaluated on his emotional intelligence, and he was failing. The contradiction was causing him mental stress because he couldn’t parse the two. The new information had no relationship to the way he’d been trained. His non-verbal communication showed that he was starting to shut down by looking over his mentor’s shoulder and rarely establishing eye contact.

To further complicate things, humans love to do what’s easiest and the brain plays a vital role in this. Well-habituated tasks (tasks performed again and again) are stored in the basal ganglia located deep in the brain’s core. The basal ganglia employs less energy than the prefrontal cortex and can function exceptionally well without applying conscious thought in a routine activity. (In other words, we don’t need a lot of awareness to perform a habituated task.) The post-doc was doing what he’d always done: relying on his smarts to get work done. If someone on his team didn’t agree with him, he’d just brush him aside. He did this without even thinking about it.

Forcing change is worthless. The individual must buy into the need to change and be responsible for making it happen. With clients, I liken it to the process of building a bridge one step at a time while standing on the precipice. It’s scary and exhausting, and focus on the goal is key. If we can train our thoughts to override the old habits, we can achieve long-lasting change.

In his book, The Mind & The Brain, Jeffrey M. Schwartz, M.D., discusses studies he conducted on OCD patients to help them overcome their biologically engrained habits. He used an effective 4-step process with the study subjects that I have adapted and used successfully with clients over the past few years. I partner it with the Emergenetics Profile. The Profile is most often a foundation to the coaching process because it’s unique to each person and opens the door to change in a non-threatening manner. 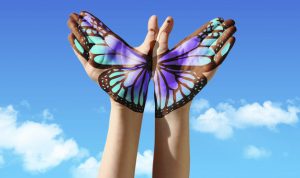 The 4-Step Focused Process of Change

First, let’s spin out a scenario with the post-doc. Let’s say he has agreed to change his approach with his teammates because he wants to be successful in his new position and eventually become tenured. But he admits that when the team doesn’t agree with him, he gets nervous and wants to force a conclusion. He tends to problem solve alone and by the time he enters a team meeting, he’s worked out the entire project in a logical manner and knows exactly what each step will yield. However, before he can learn to lead, he must teach himself new ways of working with people. Here are the four steps he’ll follow through the change process.

Step 1: Relabel the thought. Call it what it is, and depersonalize it. The post-doc doesn’t have to act on his thoughts. When the urge to control comes up, he can tell himself, “That’s my need to control, and it’s only a thought.” Or, “We won’t derail the project just because I’m listening to an idea. It’s only my fear of collaboration talking.”

Step 2: Reattribute the thought. Take control of it. The post-doc could say, “This thought is my brain playing an old, well-known tape that is no longer useful to me.” Or, “The stress I’m feeling in my back is really just a reaction to my need to control. It’s a reaction, it’s not me.” With this realization, the post-doc will start to recognize the entire emotional process he goes through when he resists others’ ideas. I’ve found this step to be revealing because it raises self-awareness.

Step 3: Refocus the thought. Interrupt the pattern. This is the workhorse step to changing the habit. The brain has a way of reminding us when we’re not attending to the script. When the urge to act becomes strong, acknowledge it and then focus on a pre-planned idea. That way there are no surprises. Let’s say the post-doc is becoming anxious because a meeting is going too long and too many ideas are swirling around the table. He becomes super focused on time and no longer listens. This is a danger zone. While he’s aware of his reaction, he can shift to his pre-planned recovery cues: take a deep breath or take a quick break. The process takes weeks, maybe months, but with focus the fear will dissipate because each time a person goes through this kind of reaction he becomes more aware of the pitfalls and learns how to manage around them.

Step 4: Revalue the thought. Achieve objectivity. Eventually, the intensity of the thoughts will change and the post-doc will become an impartial spectator with his thoughts. He’ll be able to see his reactions for what they are – and choose what to engage in.

This is focused neuroplasticity in action. Like this researcher, we’re hired to think, but our success is driven by our ability to work with each other. Even the smartest among us don’t escape this truth. Those who will excel at their careers are the ones who are open to change and who have the fortitude to drive through it in a focused manner. I believe that once we appreciate the way the brain is wired, we can empower ourselves to adopt behaviors that are more brain friendly, such as the one above. This will help us better achieve our goals in life – whether they’re on our New Year’s resolution list or not.