President’s Day: The Influence and Leadership of Thomas Jefferson 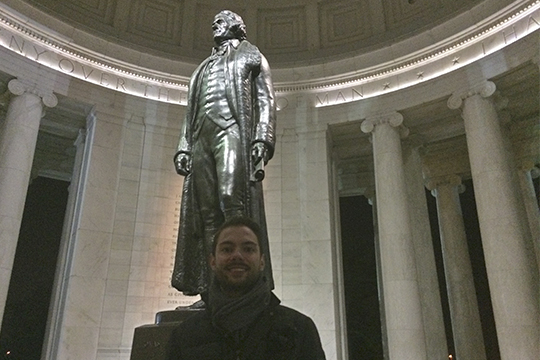 I enjoy reading about the interest around modern influence and leadership and what it takes to be a successful leader in today’s environment. The Millennials are credited with changing the leadership game in recent years, and I believe my generation will continue to innovate in this regard.

I do, however, believe in the importance of the deepest roots providing the strongest branches. Between President’s Day and my recent visit to Washington D.C for Emergenetics Certification, I find this to be a perfect time to reflect on where American leadership comes from through one of my favorite presidents.

Also one of the United States’ Founding Fathers, Thomas Jefferson was imperative in the establishment and prosperity of the United States. Most notably credited for authoring the Declaration of Independence, Jefferson is also responsible for purchasing nearly the entire central United States through the Louisiana Purchase. Following that accomplishment, he oversaw the Lewis and Clark Exploration, to map and understand the newest addition of territory. Jefferson, along with other influential members at the time built West Point Academy in upstate New York, which is still considered to be one of the most prestigious academies in modern times. What is most remarkable is that these are only a few things Jefferson did throughout his life.

In his spare time, he spoke and wrote fluently in a half-dozen different languages, was an accomplished lawyer, writer, inventor, and farmer. 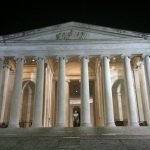 What is common among all of the above is Jefferson’s focus on action.

He spent no time on the sidelines watching others. He took the initiative. He taught himself what skills he needed in order to provide value for his country. I find this quality to be key in his many qualities of leadership. He lived a life full of construction and development both personally and professionally, as exemplified by his results.

All remarkable qualities aside, Jefferson surely did not live without vice. He was noted to have numerous affairs, had Monticello run by a team of slaves, and was found to be very poor in managing his own money.

It is important to look at all dimensions of Thomas Jefferson because it is both his strengths and blind spots that made him who he was.

Jefferson regularly provided wisdom to his peers. Among the many powerful things Jefferson said, I find this one to be especially relevant:

“Whenever you do a thing, act as if all the world were watching.”

I chose this quote because it shows qualities that are largely uncredited among some of the best leaders today. Many values are built into this one phrase such as integrity, confidence and leading by example. Not only are his actions critical, but the manner in which he conducted them were equally critical. From my experiences, the best leaders are not those who speak at me, but rather the ones who act in a way that inspires the best out of me and anyone following.

When that kind of action is taken by a leader, no words are necessary.

Your Takeaway for Modern Influence and Leadership

As a leader in today’s dynamic environment, your role has greatly expanded. You not only direct the big-picture strategy, but you also must take the action to exemplify excellent leadership. This combination of initiative will prove your influence to be great among your peers.

In regards to positive vs. negative action, your peers will emulate you regardless. Please, choose wisely.