Understanding the Role of Assertiveness in Management 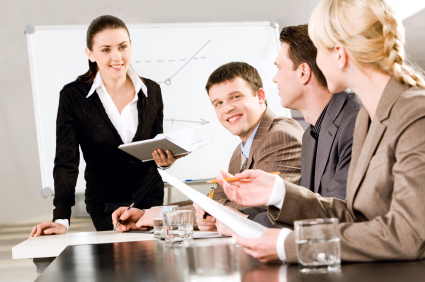 The predominant thinking tends to be that leaders are only effective if they’re assertive. How else are they going to be able to move things forward and hold people accountable, right? There are obvious benefits to a manager who is not afraid to speak their mind and drives key initiatives; however, the benefits of a more peacekeeping manager are often overlooked.

A quick note on how we view Assertiveness at Emergenetics: each one of us is assertive. We all assert ourselves, but we have a preference for the style and pace with which we go about it. Assertiveness is viewed on a spectrum, with those who prefer a more peacekeeping and consensus building approach being in the first-third and with those who are more driving and competitive in the third-third. Each side of the assertiveness spectrum brings valuable assets to any project or team, and everyone is ultimately working towards achieving a goal.

I had quite an assertiveness ah-ha moment on a recent flight back to New York City. I got to talking with the gentleman in the seat next to me. Let’s call him Phil. We had the typical, “what do you do” conversation, which of course led to me explaining Emergenetics. He was fascinated! And not only was he fascinated, he immediately started connecting the dots to previous experiences that he had encountered throughout his thirty year career, much of which was spent in a leadership role.

Phil told me about a teambuilding activity in which he had taken part. You may have heard this one- the Crossing the River activity where you and your team must cross the river in x amount of time and with x supplies. Usually this river crossing is simulated in a classroom setting, but in a fun twist this activity involved a real river filled with real water and the team was expected to actually construct a floating raft.

Luckily, Phil and a few others on his team were engineers. They quickly determined the best way to build a raft that would hold people and not let in water, and immediately started giving orders to the rest of the team. You’d think that the team would have jumped to and started doing whatever they were told, right? Afterall, I don’t know the first thing about building a raft and would just as soon trust the experts.

Wrong. Phil described how he grew increasingly frustrated when he kept telling people what needed to happen and people weren’t doing it. And the more people weren’t acting, the louder and more forceful Phil got. Finally, he took a deep breath and approached the situation in a new way. Instead of telling, he asked. What are your hesitations? What information can I provide to assuage your fears?

Phil found out that one person couldn’t swim and needed assurance that they would be ok. Another person had a concern about the number of people the raft would hold. As soon as he started asking people about their concerns and listening to their answers, people started getting on board. He was no longer just demanding action, he was building consensus.

Ultimately, the team came in second place. After a slow initial start, they were able to come together and build a better raft that carried more people at once and let in less water than others.

The moral of the story? My fellow traveler has never forgotten the importance of asking instead of telling. Phil now makes a point to speak with everyone on his team before initiating any new project. He’s seen huge rewards from this seemingly little action. It might not be his natural inclination, but he understands that not everyone approaches things in the same way he does. And that many times he might have put otherwise stellar employees into a not so great mindset from his old approach.

Emergenetics views all sides of the Assertiveness spectrum as having benefits. There is a time and place for being forceful and driving of ideas and being more easygoing and consensus building. Whether you’re a first-third or a third-third assertive, don’t forget to appreciate what others bring to the table. And the more you can flex your style, the more likely you are to get everyone on board and moving in the same direction.