The Feedback Conundrum: Self Perception Versus Reality 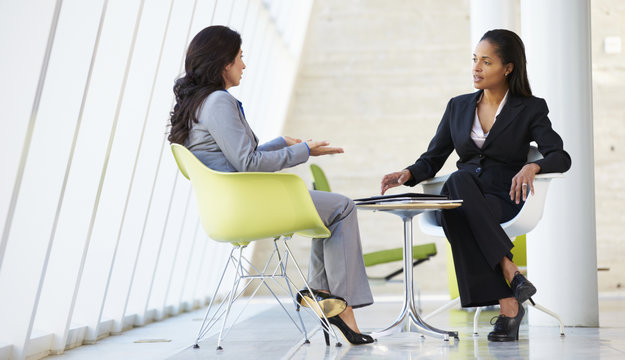 Imagine receiving feedback, whether through a work-related performance review or a more personal channel, that unveils a vastly different reality than the one you believed, your self perception. What would you do?

That’s exactly what happened to neuroscientist Dr. James Fallon. In 2006, Dr. Fallon was conducting two studies, one on the clinical research of murderers and patients with psychopathy and schizophrenia, and another on imaging genetics of Alzheimer’s disease (he participated in the latter as a control patient). During this study, it was brought to his attention that one of the control subjects contained the identical brain patterns of a psychopathic killer. This meant that the orbital cortex — the gray matter associated with ethics, morality, suppression of impulsivity and aggression, and social adjustment — was inactive. Dr. Fallon felt that the responsible thing to do was to break the blinding that protected privacy and inform the subject.

Here’s where things became interesting. When he looked up the name associated with the privacy code, it said “James Fallon.” He was staring at images of his own brain.

At first he denied the possibility, initially believing that his studies were flawed. It wasn’t until 2010 that he started to pay attention to the results. He asked friends and family their opinion of him. Psychiatrists examined him. To his surprise, he learned that they all believed he had psychopathic tendencies. After 50 years of secret-keeping, his mom relented and shared her personal stories of his early life problems. A test for psychopathy confirmed it. He was a “pro-social” psychopathic and borderline categorical psychopathic. His orbital cortex was inactive and he shared all five major gene variants linked to hostility.

As did he and many others, I started to wonder why, if he shared these traits with psychopathic killers, he hadn’t evolved into a full-blown killer himself. His answer is simple: he believes that nurture won over nature. He points out that he had a “charmed childhood — never abused. Nobody has done anything bad enough to turn me into a killer.” In other words, his genes did not become his prison sentence!

What struck me about his story is what he decided to do with the information. Yes, he went through a period of denial, but who wouldn’t? Then, instead of continuing to deny reality, he looked for possibility. He empowered himself and others with his knowledge. He is now using the knowledge he has about himself and mobilizing to help families and children with similar issues.

We’ve all had moments when someone unceremoniously delivers information about who they think we are. We’re left to traverse the vast gap between how they view us and our own self perception. Since many of us work in organizations, the time we have to ignore or refute unwanted feedback is short; either we accept and learn or move on.

I remember sitting through my first 360 review and discovering that my boss and colleagues thought I was aloof when I didn’t share my point-of-view. They failed to understand that I was seriously pondering the issue so I could present a practical solution for our corporate culture. (If only Emergenetics had been in my toolkit at that moment in time!)

I cared deeply about my work, and I wanted to ask questions and give solution options that made sense. I couldn’t believe others perceived that as “aloof.” I was left to lick my wounds and to figure out how to change my behavior so people better understood me. I was lucky to have a mentor whom I trusted. I took my feedback to her and she explained the perception in more detail so I could wrap my head around it.

When we’re given feedback that is in opposition to our self perception, our brain goes through a series of processes that can send our limbic system into high alert mode. We feel mental stress because of the interplay between what we think is true and what we’re being told. We hold beliefs about how things are supposed to turn out, and when the outcome is different from our expectations, our brain starts to grapple with the discrepancies. It makes us anxious when the two don’t fit together. Many of us work in feedback-driven organizations, but, sometimes, just being told we’re going to receive feedback antagonizes us because we’re not necessarily wired to accept others’ perceptions. The brain becomes a battleground to determine if we’re safe or under threat.

In my case, and I venture to guess Dr. Fallon’s as well, the knowledge that behavior was misunderstood and eventually could stand in the way of professional advancement didn’t sit well. My mentor asked me to take some time to observe my behavior and how others reacted in different situations. Then I could come back to her with clarifying questions about the feedback. After that,we would start to put together bits and pieces of information to construct a narrative about my personality and behavior.

As a result of this experience, I ask questions to help me understand why I come across a certain way, and then I become very curious. The first time I did it, I tried on many different ways of approaching others to see how they best reacted. I asked their point-of-view. I gave them language to understand my behavior. Then I tracked their responses backward to my behavior to increase my awareness and approaches to others.

My life is much easier now because I understand how to use the Emergenetics model and map my thinking to my behavior. This is what Dr. Fallon did (without using Emergenetics). He started asking his family members and friends what they saw. To his surprise, he realized their observations were spot-on.

I enjoy processing information internally and working through problems to find the optimal outcome. When working with a group, however, I now know how crucial it is for me to speak up and let people know I’m quietly working on a solution. My silence doesn’t mean I’m disinterested.

I now teach others that simply giving language to a behavior helps people feel more comfortable. When left to interpretation, behavior can lead to perceptions that can either be too abrupt to handle, hard to hear, or so foreign it takes us a long time—if ever—to integrate them.

Dr. Fallon was shocked by his psychopathic nature but he eventually adapted and thrived. He’s putting his passion to work. I recommend Dr. Fallon’s book, The Psychopath Within. He has a lot to teach us about acceptance, self-reflection and nature vs. nurture.