The Secret Sauce for a Successful Hackathon 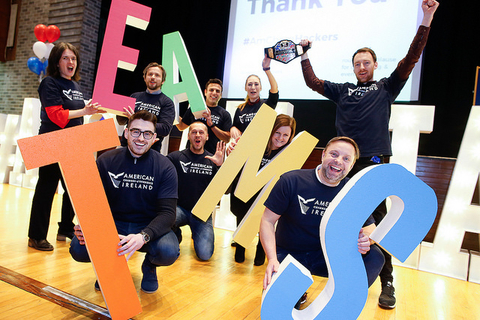 Do you want to know the secret ingredient for enhancing team performance during a hackathon?

The answer is actually simple, and our recent experiences have shown that it gives your team that extra kick and perfect flavor for success. Before I reveal the ingredients, let me explain what a hackathon is.

In its most traditional sense, a hackathon is an event, typically lasting several days, in which a large number of people meet to engage in collaborative computer programming.

Nowadays a hackathon doesn’t have to involve technology or coding new systems. Hackathons have grown into innovation events where teams engage in creative problem solving, develop new ideas or improve upon existing concepts.

The goal is to produce the best (new) idea that will help companies grow, create products, enhance services and/or innovate. The possibilities are endless. The only finite elements are time and resources, so teams must “hack” into their brains to produce the most innovative and feasible idea within a very short timeframe – anywhere from 12 to 72 hours.

Given this scenario, what IS the secret ingredient that helps teams succeed in a hackathon?

Cognitive diversity is the difference in people’s perspectives and in the way they process information. When we harness the different ways we think and behave, amazing things can happen.

A study performed by Harvard Business Review observed six different teams solving a problem. Three teams were more cognitively diverse, and three were less diverse. The groups with the most diversity had the strongest performance when solving the challenge.

If you assemble a group in which everyone has the same preferences, there will be very little creative push and pull. In teams that lack diversity, it can be easy for all members to go down the same path and follow the enemy of creativity: groupthink.

This is not what you want to spur innovation at a hackathon; you want discussions, different perspectives and an award-winning idea!

It can be a challenge, however, to identify cognitive diversity in the middle of a hackathon. After all, we can’t look into someone’s brain…can we?

This is where the Emergenetics® Profile comes into play. Emergenetics developed a simple (and not simplistic) solution to identify the way people prefer to think and behave. With this information, it is easy to create cognitively diverse teams.

The Emergenetics Profile: the tool to identify your secret ingredient.
The Profile distinctively measures how people prefer to think and behave. Developed through decades of psychometric research, the Profile accurately measures three behavioral Attributes (Expressiveness, Assertiveness and Flexibility) and four thinking Attributes (Analytical, Structural, Social and Conceptual). By revealing preferences, the Profile gives individuals the data they need in order to be aware of and develop their strengths.

Applying the Profile to hackathons: the recipe for success.
In February 2017 and 2018, Emergenetics started adding our secret ingredient to the hackathon of the American Chamber of Commerce in Ireland.

To start, all hackers were encouraged to complete the Emergenetics Profile questionnaire. After doing so, they received their full Profile report and an eLearning module that explains the seven thinking and behavioral Attributes and the science behind the Profile.

On the first day of the hackathon, the participants arrived fresh and ready, collecting their name badges and their Emergenetics badge displaying their Profile (if they agreed to share it with the group). The lanyard came in the color of their most preferred thinking Attribute, highlighting their preferences.

The hackers mingled and kicked off the event by pitching their ideas to solve a specific challenge. After a vote, the top 10 ideas were chosen.

Then the race was on! The group of 100 participants formed 10 groups. In doing so, they were advised to put together balanced, diverse teams that had different skillsets, backgrounds, genders and cognitive and behavioral preferences to strengthen their performance.

In the past, there was no easy way to identify cognitive diversity. With the introduction of the colored lanyard and the Emergenetics Profile badge, the hackers could quickly determine the strengths of their peers and overall team and keep cognitive diversity at the forefront of their minds as they chose their groups.

After establishing the teams, the excitement and frustration began. Because the teams were expected to work together quickly to produce an outcome, they experienced the stages of Forming, Storming, Norming and Performing in a pressure cooker!

Working through the preferences: blending the flavors of cognitive diversity.

Harvard Business Review describes how forming and working on diverse teams may feel uncomfortable and scratchy at first, and that’s why they perform better:

When people with different perspectives are brought together, people may seek to gloss over those differences in the interest of group harmony — when, in fact, differences should actually be taken seriously and highlighted.

During this scratchy or Storming stage, hackathon teams were able to utilize the Emergenetics+ mobile app to move onto Norming and Performing. The mobile app allowed teams to connect with each other and access their combined group profile to see how balanced and diverse they are. It also gave them direct tips and strategies on how to best interact with one another.

Members from the Emergenetics team attended the hackathon to debrief teams, making them aware of their combined strengths and possible gaps. The Emergenetics team discussed who on the team to leverage for different parts of the project that require more energy around certain Attributes based on the strengths of the members.

The results were powerful.

The hackathon outcomes: the taste of success.

According to an anonymous survey data provided by the hackers, 96 percent said they actively used the Emergenetics Profile during the hackathon. The feedback was overwhelmingly positive.

“Emergenetics was a brilliant enhancement to the hackathon! It helped the teams to work much more efficiently given that they didn’t know each other prior to the event. My team directly benefitted from realizing that there were no strong decision-makers in the group and as a result, made greater effort in this area. The colored lanyards hugely facilitated networking on Thursday night.”

“The Profiles helped greatly in our group. We used the Profile to try to overcome the weakness in the group, and we were more cautious about that area. Great resource to have in both personal and professional life.”

In the end, the Emergenetics Profile and the information it revealed did wonders for the teams. And the best part is the Profile can be used anywhere – at work, at home, from sport clubs to management meetings – to help teams in all areas of life.

So the next time you want to host a hackathon, don’t forget to add the secret Emergenetics ingredient! Fill out the form below to find out more.